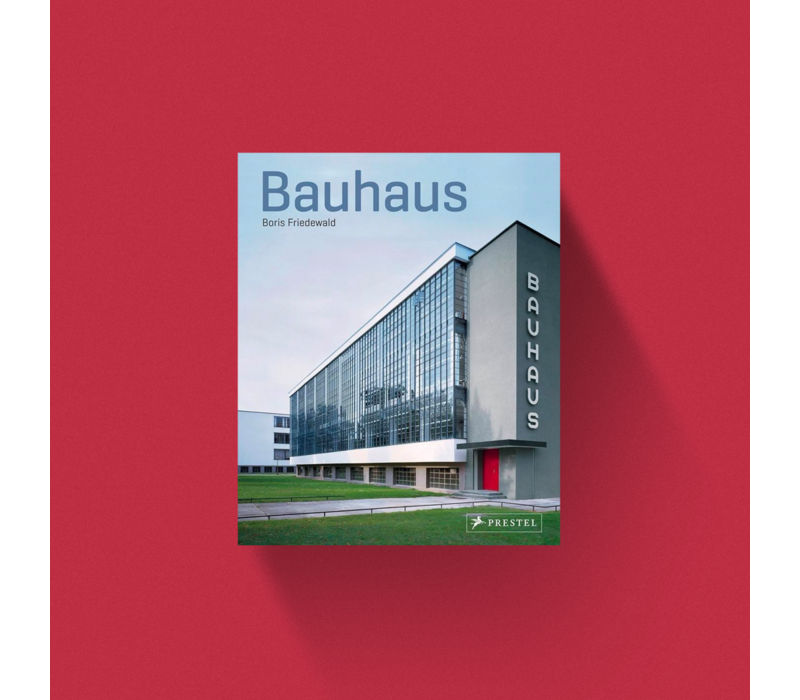 The main character of this extraordinary graphic novel is not a person but an idea—the school of Bauhaus, which arose in the wake of World War I, and emerged as the fundamental reference point for virtually every avant-garde artistic movement that followed. Visually arresting illustrations and engaging texts place the novel’s protagonist squarely in the middle of the twentieth-century debate on the relationship between technology and culture.

The novel is divided into three chapters that trace the evolution of the Bauhaus, as its center moved across Germany—from Weimar to Dessau to Berlin—and as its philosophy responded to this economically, politically and intellectually highly charged era in Europe. Sergio Varbella’s inventive drawings bring to life the theories of founder Walter Gropius, as well as the basic design ideals of unity and equity. Valentina Grande’s thoughtful texts highlight crucial moments within the movement’s history and in the lives of principal figures such as Klee, Kandinsky, Josef and Anni Albers, László and Lucia Moholy-Nagy, Gunta Stözl, and Mies van der Rohe. The perfect introduction to a radical but highly influential chapter in the history of design, this novel shows how the Bauhaus school broke down barriers and built up ideals that are still applied today.