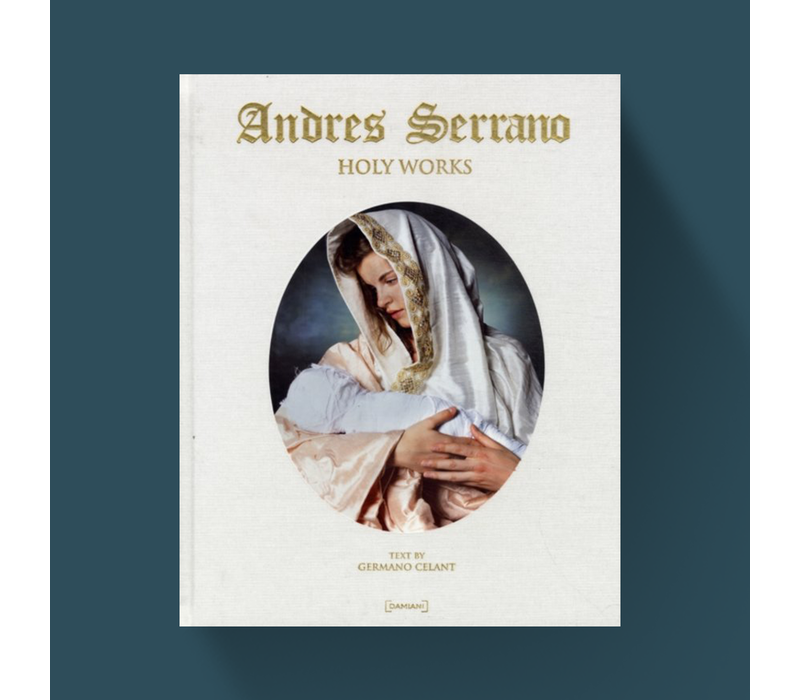 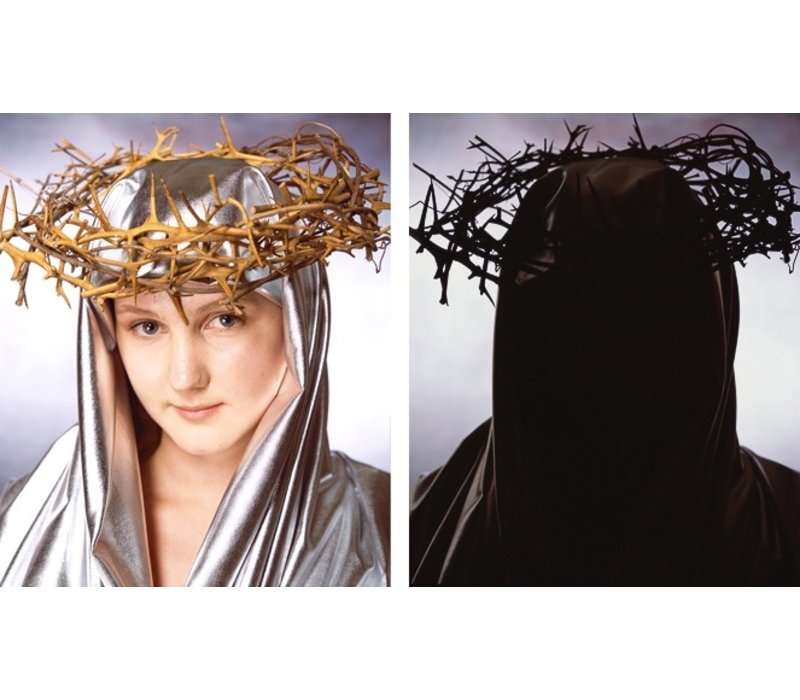 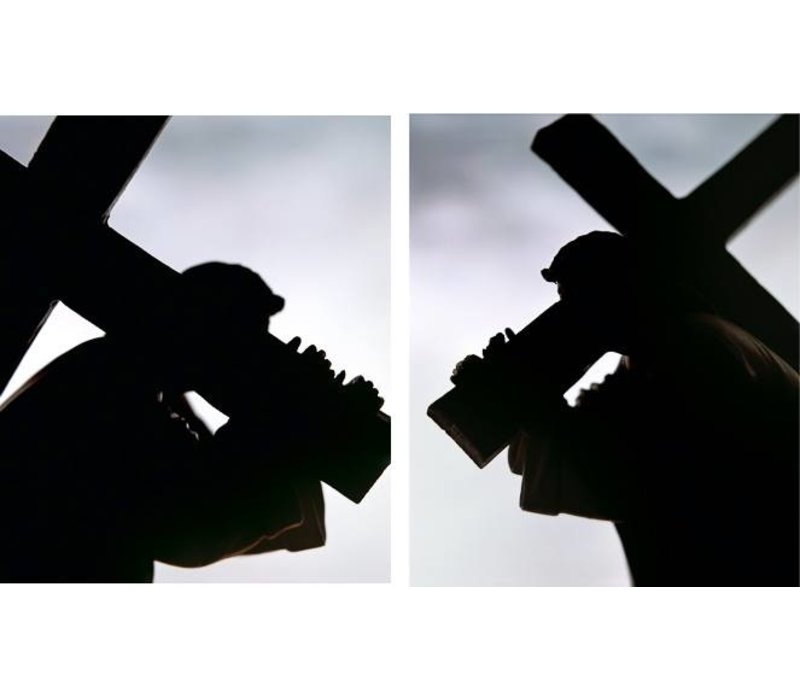 Serrano’s intention with these works is not to recreate specific medieval or renaissance religious paintings, nor to invest them with the iconoclasm that made his name in the 1980s, but rather to renew the genre of sacred portraiture: “Rather than destroy sacred icons,” says the artist, “I reinvent and reinforce them.”

Serrano’s subjects for this series are selected from among his friends and acquaintances, emphasizing (like Caravaggio before him) the ordinariness of human features. The genres and themes are familiar, and Holy Works includes a “Last Supper” and a “Stations of the Cross” (rendered as a triptych panel), as well as bolder portrayals typical of Serrano – a “Blood Madonna” and a “Chinoise Madonna,” for example. This volume is Serrano’s major statement of his religious and artistic belief. 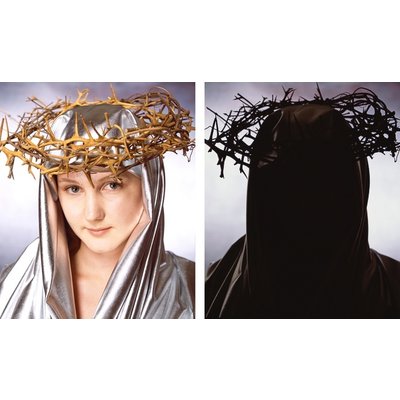