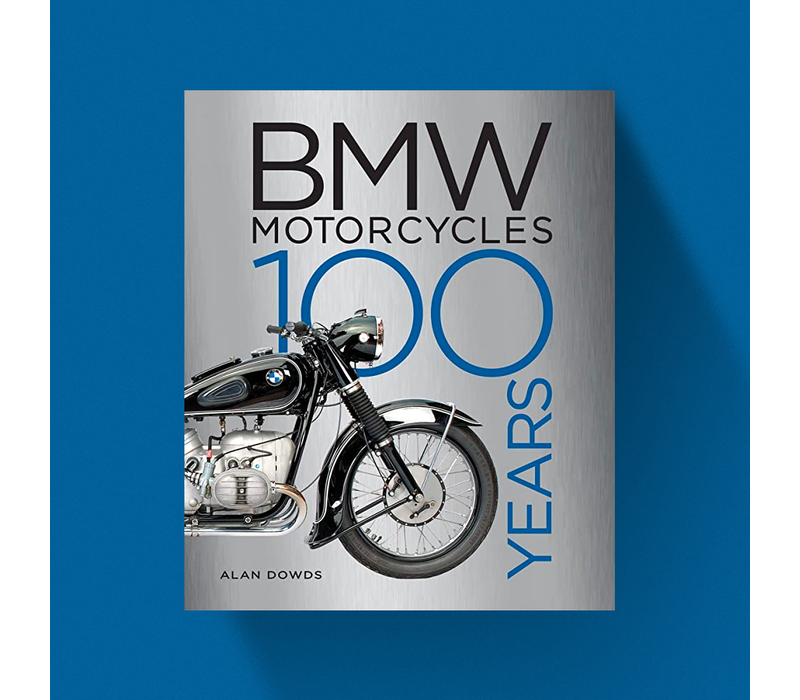 BMW’s long history of evolving technology is highlighted in this detailed story beginning with side-valve machines in the 1920s and early overhead-valve performance bikes, then moving to the postwar R-series Airhead and modern Oilhead twins, followed by four-cylinder and six-cylinder K-series touring bikes, the latest parallel twins, and inline-four cylinder sport bikes. From the first R32 that launched BMW’s motorcycle dynasty, to the latest S1000RR superbike and R18 mega-cruiser, BMW Motorcycles captures a century of motorcycling excellence in a combination of historic and contemporary photos sourced from BMW’s archive.

The stories behind all the classic and modern BMWs are here:

1920s and 1930s BMWs like the R5 that defined performance in the prewar era
The military R12 that supported the Wehrmacht as it battled its way across Europe in World War II
The 1960s R69S that offered an excellent platform for both touring and sporting riding
The R90S café racer and the R100RS, the latter arguably the world’s first dedicated sports tourer
The astounding K1 “flying brick”
The GS (Gelände Sport) series that launched the adventure-bike revolution
Today’s R18, R nine T, and the world-class S100RR superbike

This is a once-in-100-years story captured in a beautiful book sure to be enjoyed by any BMW Fan.