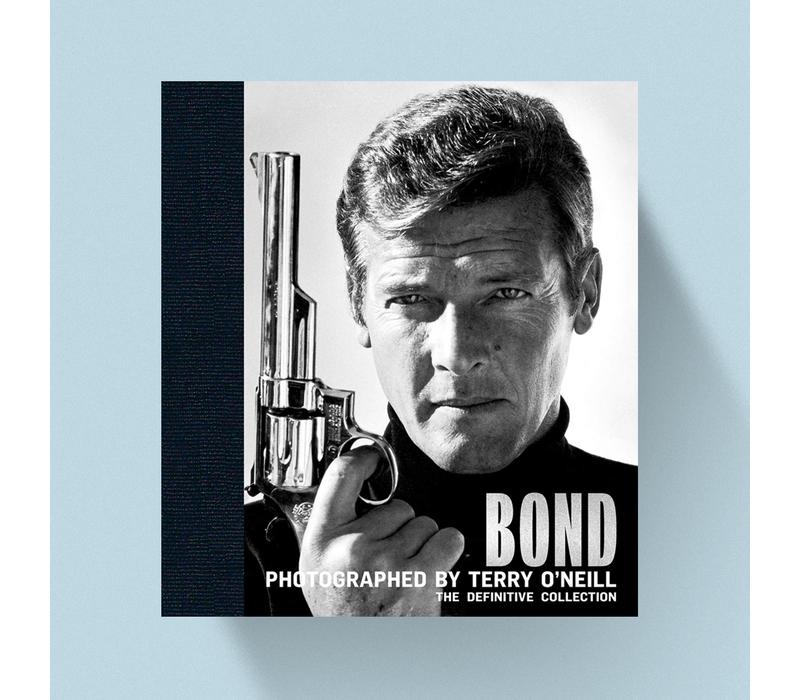 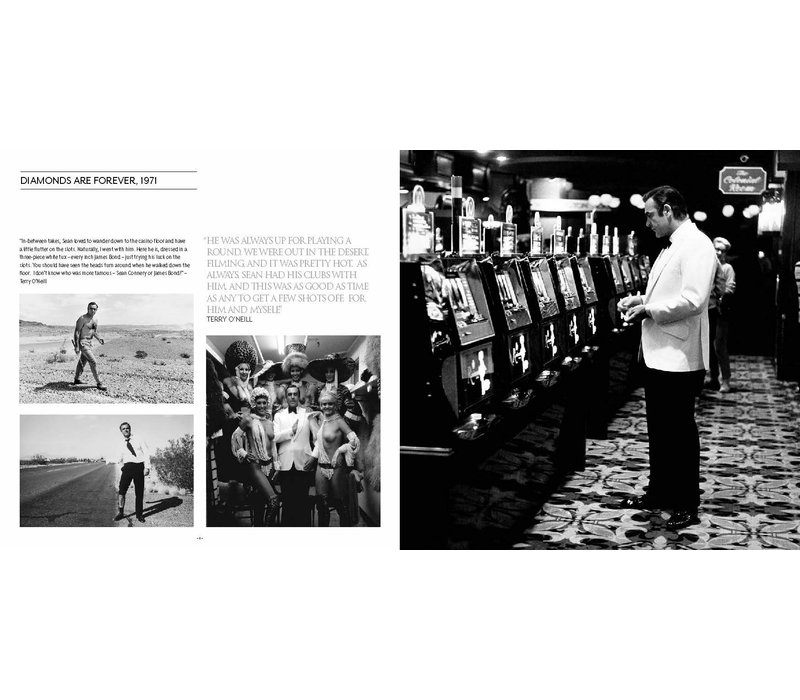 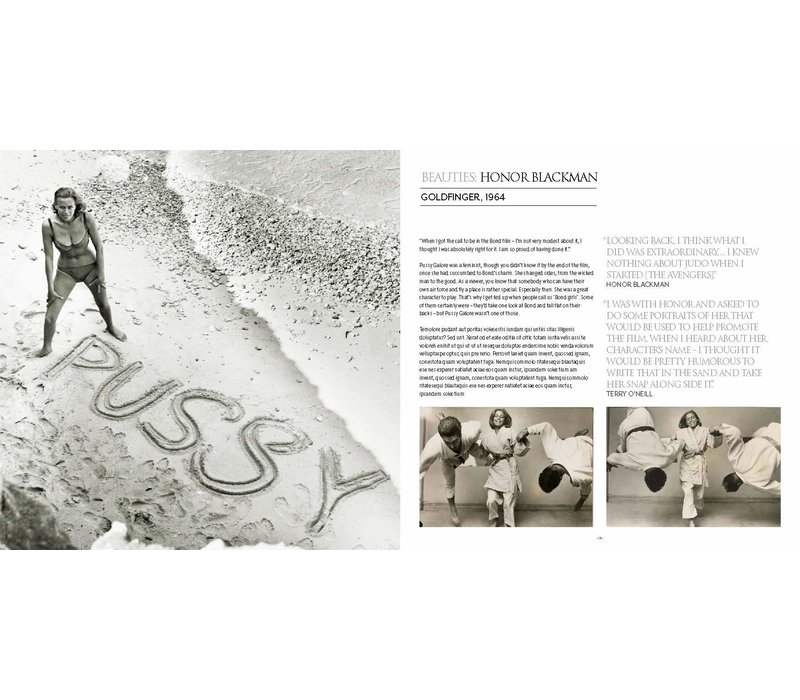 Terry O'Neill was given his first chance to photograph Sean Connery as James Bond in the film Goldfinger. From that moment, O'Neill's association with Bond was made: an enduring legacy that has carried through to the era of Daniel Craig.

It was O'Neill who captured gritty and roguish pictures of Connery on set, and it was O'Neill who framed the super-suave Roger Moore in Live and Let Die. His images of Honor Blackman as Pussy Galore are also important, celebrating the vital role of women in the James Bond world. But it is Terry O'Neill's casual, on-set photographs of a mischievous Connery walking around the casinos of Las Vegas or Roger Moore dancing on a bed with co-star Madeline Smith that show the other side of the world's most recognisable spy.

Terry O'Neill opens his archive to give readers - and viewers - the chance to enter the dazzling world of James Bond. Lavish colour and black and white images are complemented by insights from O'Neill, alongside a series of original essays on the world of James Bond by BAFTA-longlisted film writer, James Clarke; and newly-conducted interviews with a number of actors featured in O'Neill's photographs. 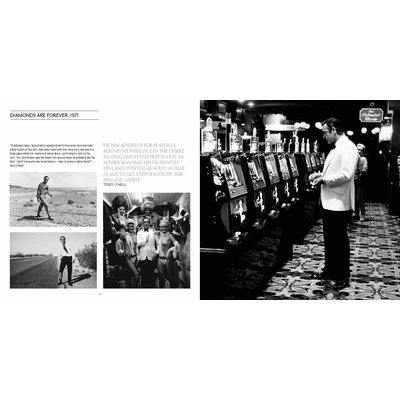