Buffalo Ballad – On the Trail of an American Icon

Buffalo Ballad – On the Trail of an American Icon

With the arrival of the European settlers massive slaughter began. The (hi)story of the bison is a parable about globalisation and the interplay of technological progress, capitalism, and a lack of understanding of ecological contexts. The prairie vanished with the bison. Now the bison returns. And this is not nostalgia. The bison is a real existing and socio-cultural phenomenon. It is a current political issue in the dispute between cattle breeders and the bison lobby. The photographers travelled through the centre of the bison country, from North and South Dakota, Wyoming, Colorado, to Montana. The magical black-and-white photographs of the bison translate the vision into reality. Buffalo Ballad is an homage to the American soul, with captivating images that are like the bison itself: unique, powerful and magical. 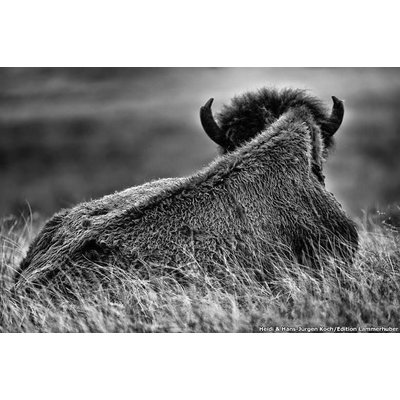