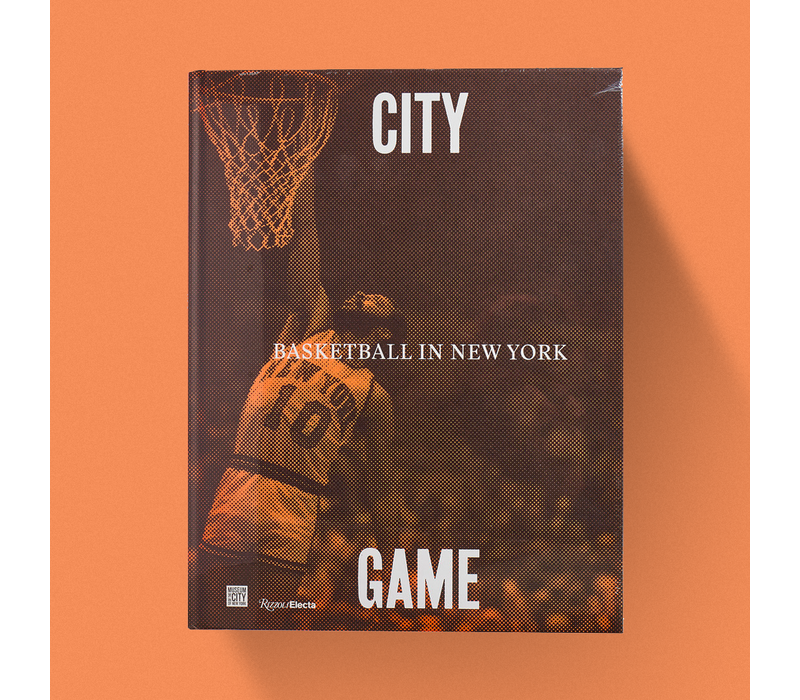 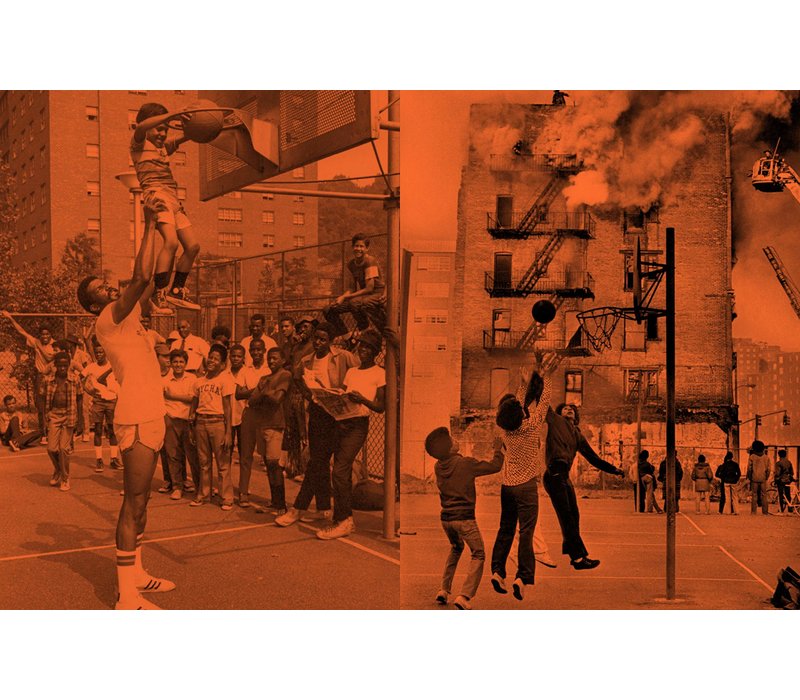 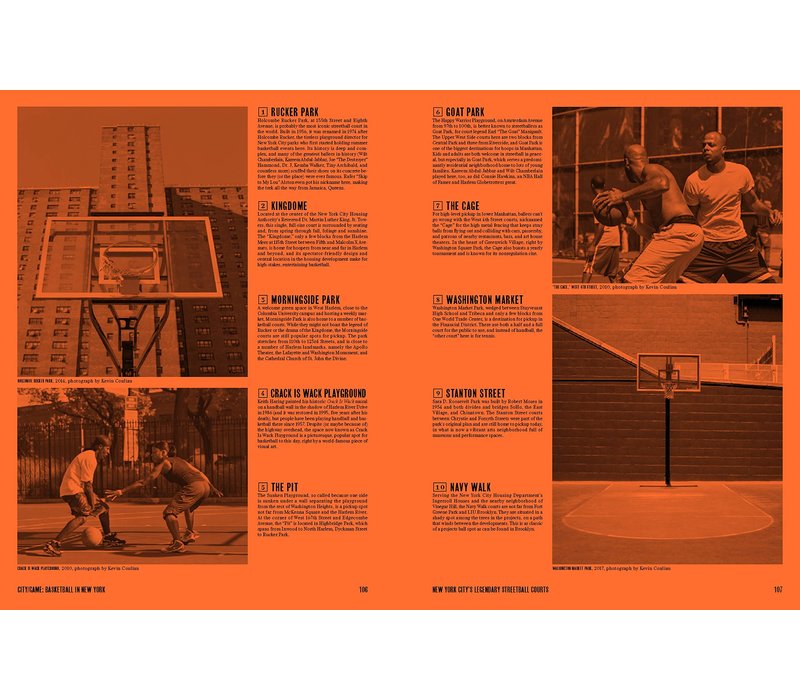 From the playgrounds to the NBA, New York has invented a way of playing basketball, and City/Game is not only about the three renowned NBA teams--the Knicks, the Nets, and the Liberty--and their predecessors, but also the many high-school and college basketball teams with legendary rivalries. Through art and testimonials from the fans, coaches, and players, we learn about Lew Alcindor (later known as Kareem Abdul-Jabbar), Kenny Anderson, and Chris Mullin, all birthed on the city blacktop and who took their skills to the NBA hardwood.

Explore the famous street-ball courts on a map of the five boroughs, including Rucker Park and the Cage on West 4th Street, home to Abdul-Jabbar, Wilt Chamberlain, and Kyrie Irving; read about New York's style of play--like the infamous one-handed jump shot--and glossary of NYC-style trash talk and slang; see "celebrity row" photographs courtside at the Garden and Barclay's Center; revel in the images, headlines, and objects related to the 1970 and 1973 championship Knicks.

Packed with new and archival images, this book brings the energy of the sport through original essays by noted writers and highlights from players, fans, and rising stars of the New York scene and features interviews with NBA greats including Queens-born Kenny Smith and Bronx-born former Knick Rod Strickland. A great book for any basketball fan to relive old memories and learn new details. 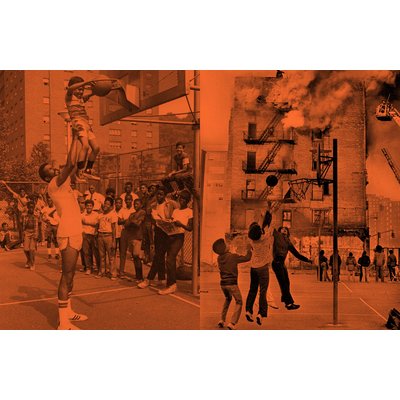