Keep it Simple - The Early Design Years of Apple 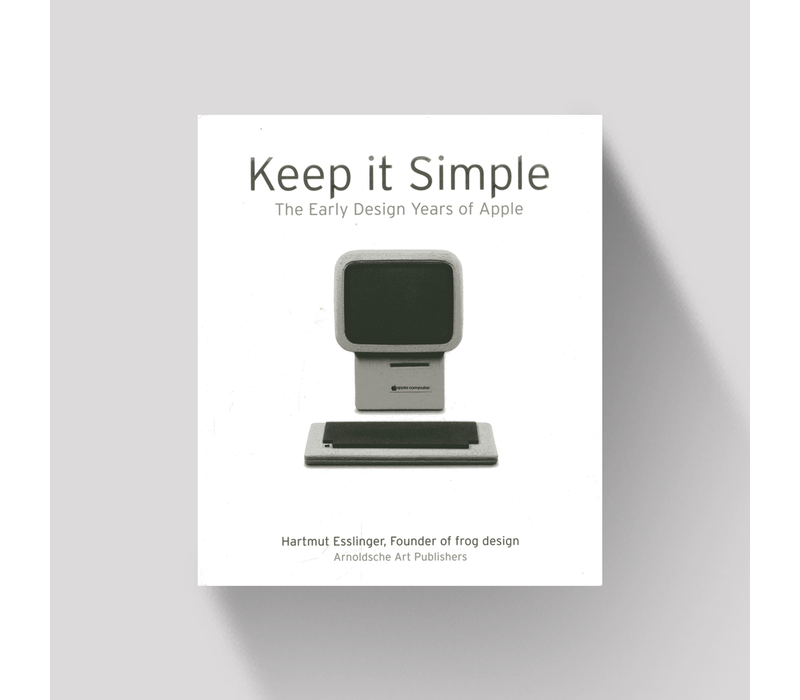 Keep it Simple - The Early Design Years of Apple

The result of this partnership between entrepreneur and designer is of historic dimensions: Steve Jobs was the first to make Strategic Design the core of Apple’s Business Strategy. By this, Apple grew from an originally technology focused company into one of the world’s most successful, global brand, and this was achieved by creating and delivering innovative and intelligent products designed for humans like you and me.

Of course, there are many books about Steve Jobs and Apple. Professionals everywhere want to be like him – or want their company to succeed like Apple – so they avidly snatch up accounts of his work, hoping to find the magical recipe. For those readers this book is a first, because it tells the story of Apple’s evolution from the inside and the beginning, when Steve was first driven by the power of design to establish it as the strategic core of Apple’s business model. This book also is for the millions of Apple users, admirers, fans, and critics who may be curious about the origins of the products and the brand they feel so deeply about.

There are plenty of myths surrounding Steve Jobs and Apple. Now – based on Hartmut Esslinger’s comprehensive archive of hundreds of sketches, images and written records – it is time to tell it like it really was. ‘Keep it Simple’ describes a creative journey, which had to overcome a tremendous opposition inside and outside of Apple.