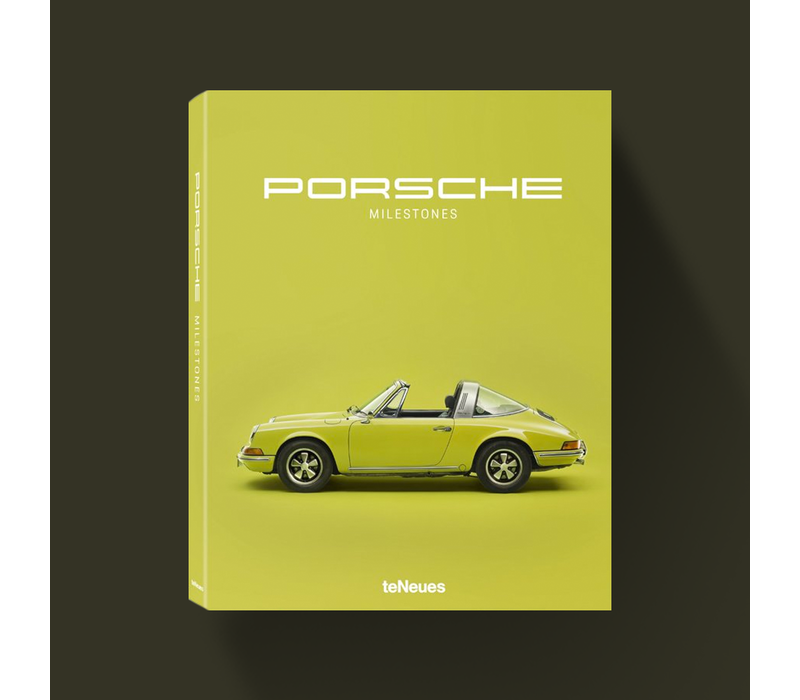 What an incredible milestone in the history of the sports car: in spring 2017, the Porsche 911 was made a millionaire. That is the number of models emblazoned with the legendary "9-1-1" produced by Porsche since 1963. What is the definition of the 911, of a Porsche?--the language of form and technical expertise. It is the ultimate sports car. Throughout the generations, every single 911 has fascinated owners and spectators alike. Even when a particular 911 series does not resemble its predecessor, the form, sound, and performance remain inspirational--the emotions are always on board! Dreams come alive, and not just for the guys. A Porsche driver is endowed with taste, technical prowess, a vision of the future, and the trappings of material success. The 356 laid the foundation for the myth of the Porsche, and it also formed the basis for models like the American Roadster, the 550, and the 718 RS 60 Spyder. Loyal companions include family members like the Boxster, Cayman, Panamera, Macan, and even the Cayenne. Out of the running, though unforgotten, are Porsche models like the 924, 944, or even 928. Motor racing cultivated the myth from 1951 until today. Decades later the names 904, 917, 962, and currently, the 919 Hybrid, are still legends. The Porsche Book Vol. 2 presents the history of Porsche with elegant photos and insightful texts. Small nuggets and anecdotes--largely unheard of--occasionally shine through. A spellbinding read for those inspired by the joy of a Porsche.