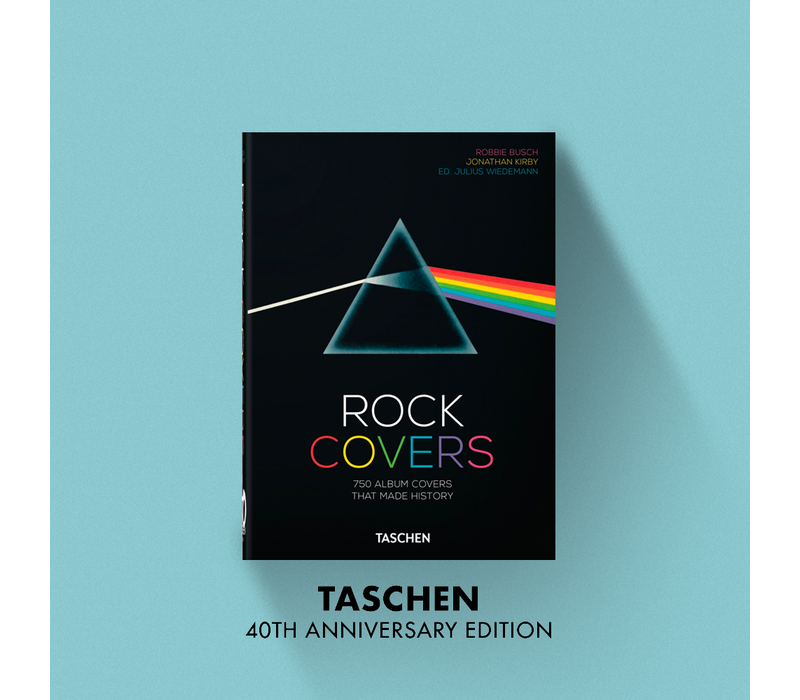 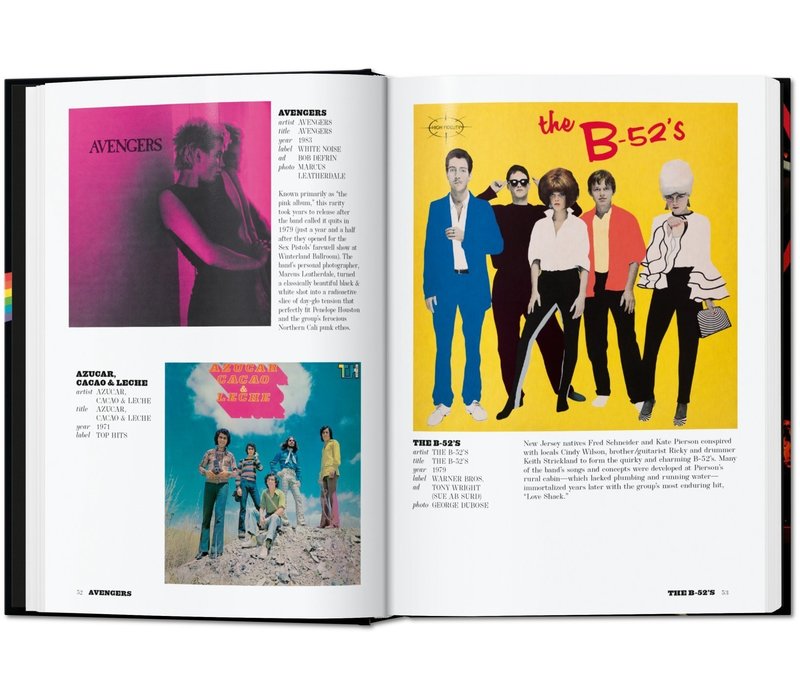 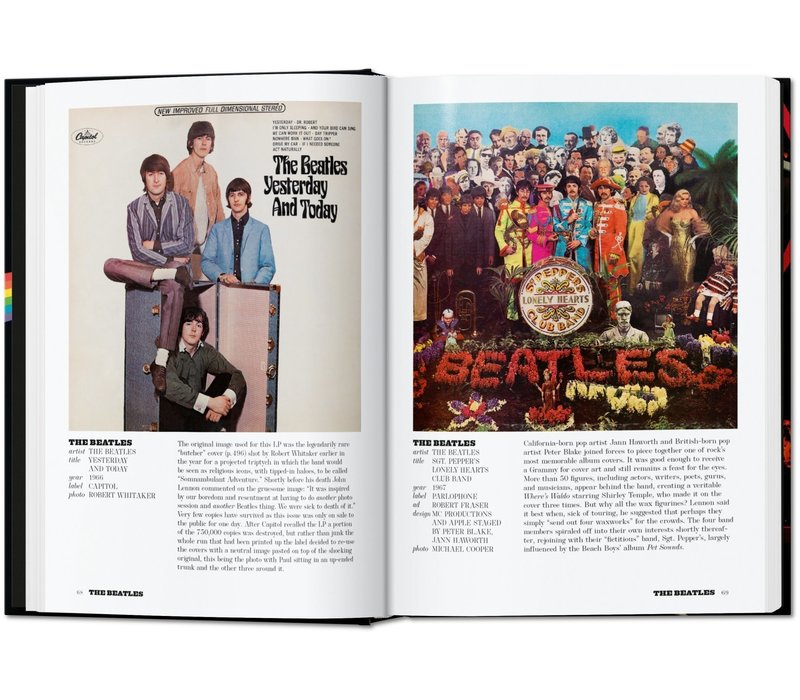 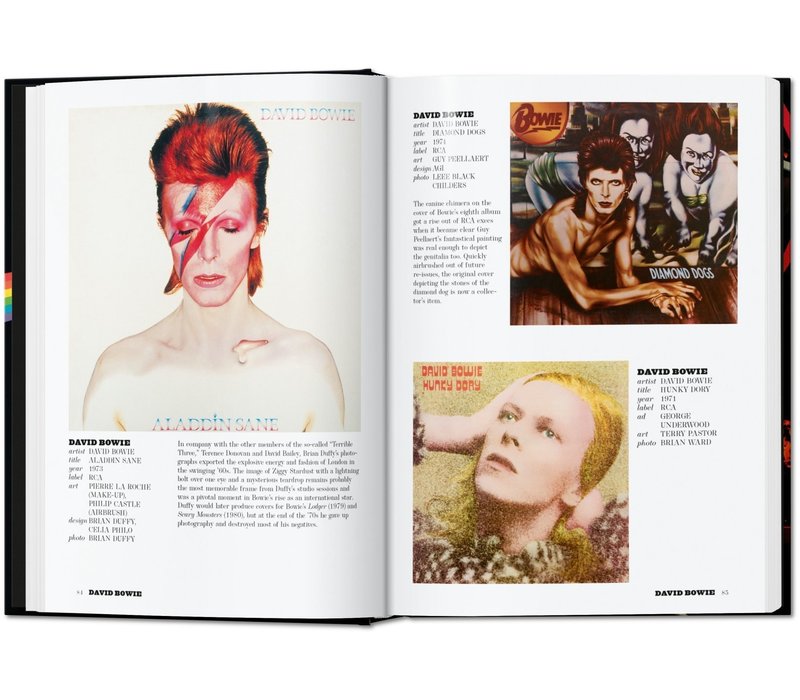 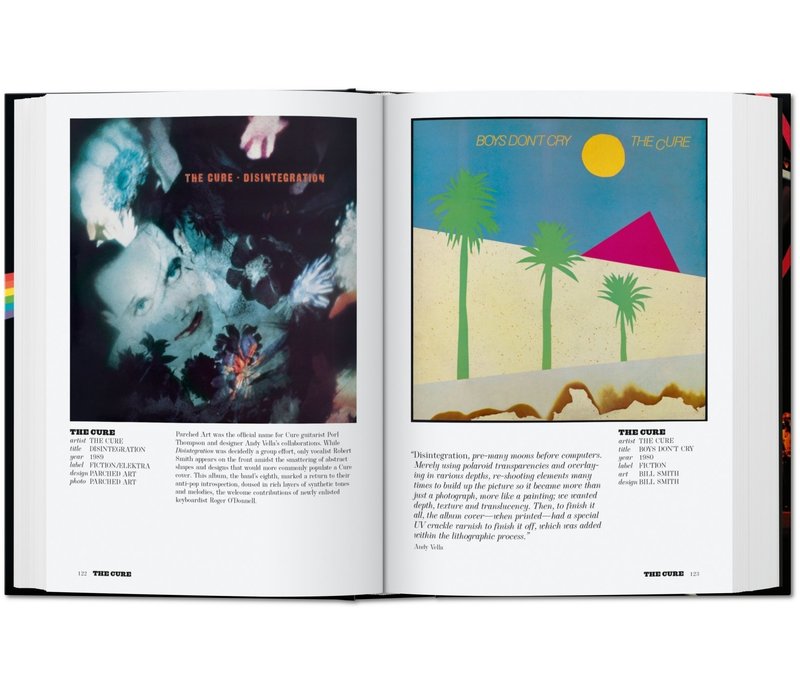 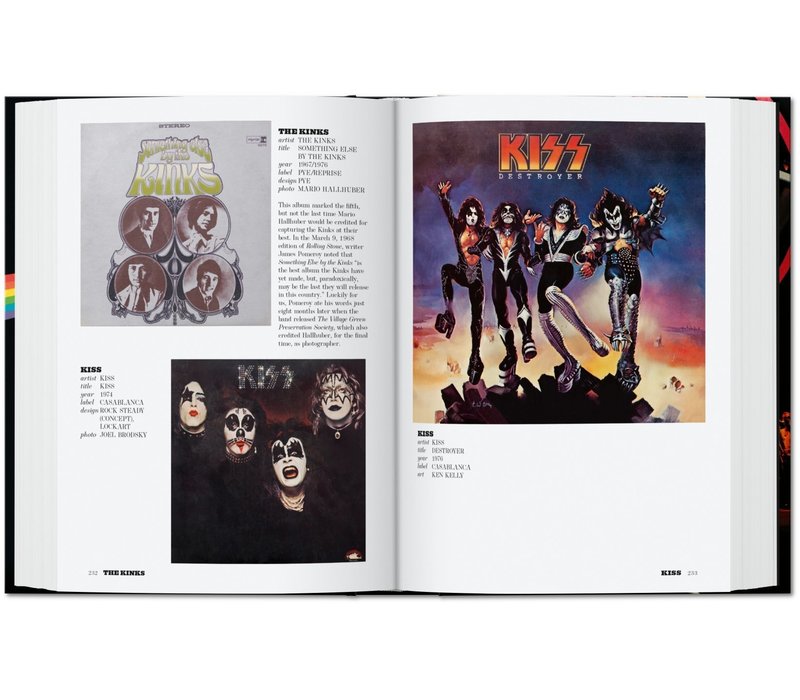 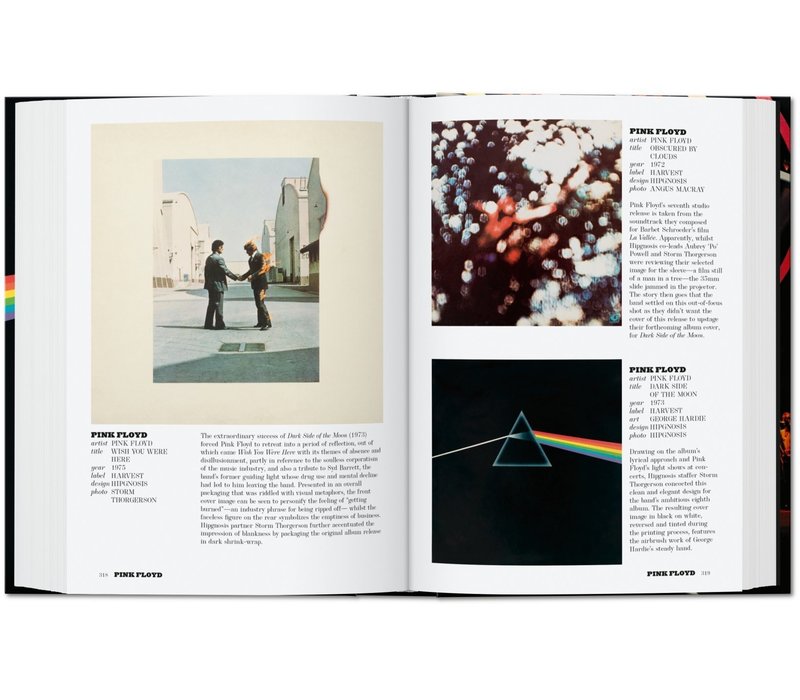 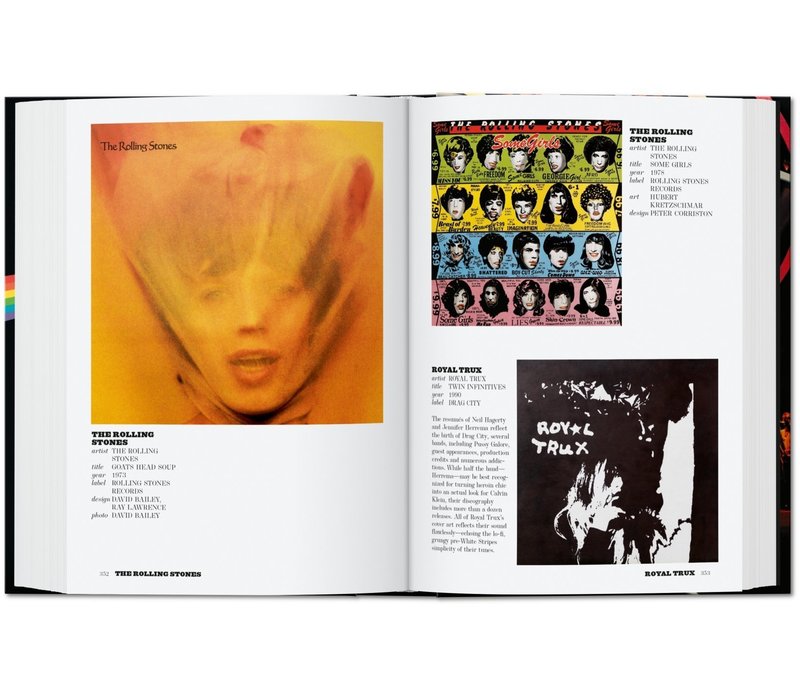 Album art is indelibly linked to our collective musical memories; when you think of your favorite albums, you picture the covers. Many photographers, illustrators, and art directors have become celebrities from their album artworks—the best examples of which will go down in history as permanent fixtures in popular culture.

Paying tribute to this art form, Rock Covers brings you a compilation of more than 750 remarkable album covers, from legendary to rare record releases. Artists as varied as Elvis Presley, The Beatles, The Sex Pistols, Pink Floyd, The Cure, Iron Maiden, and Sonic Youth are gathered together in celebration of the cover art that defined their albums and their cult status. Each cover is accompanied by a fact sheet listing the art director, photographer or illustrator, year, label, and more, while nearly 250 records that marked particular turning points for a band, an artist, or the music genre, are highlighted with short descriptions.

This far-reaching catalog of visualized rock is contextualized with insider interviews with professionals who shaped the history of rock, and by top-10 record lists from ten leading rock collectors.

The authors
Robbie Busch aka “McBoing Boing” is an internationally recognized record collector and DJ. He has worn many artistic hats over the years: consulter and producer for numerous record labels, writer and photographer for magazines including Wax Poetics, Big Brother and XXL, comic book artist/writer and storyboard artist.

Jonathan Kirby is a record collector and music writer. He served as an editor for Brooklyn-based music magazine Wax Poetics, has contributed in-depth articles for Oxford American and The Fader and is currently an A&R at Chicago’s famed archival label the Numero Group, where he also conceived the compilation Purple Snow: Forecasting the Minneapolis Sound.

The editor
Julius Wiedemann studied graphic design and marketing and was an art editor for newspapers and design magazines in Tokyo before joining TASCHEN in 2001. His titles include the Illustration Now! and Record Covers series, as well as the infographics collection and books about advertising and visual culture. 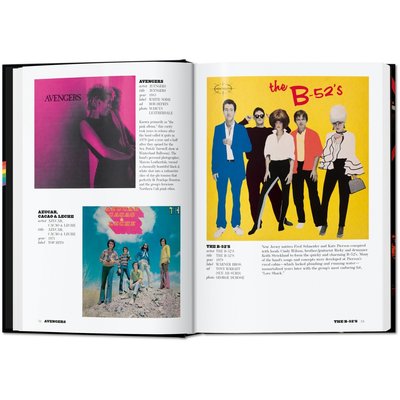